If You Do These Things with Your Stove, You're Making Your Kitchen More Dangerous

If you like to cook but also like to keep your cooking simple and fast, you may be taking some shortcuts in the kitchen that aren't the best for your -- and your stove's -- safety and health. While the shortcuts might be well-intentioned, they really aren't the most effective.

For electric stoves, it's common to see people wrapping the drip pans under the elements with foil. The foil catches food overflows and makes for easier cleanup -- no scrubbing of the pans required. However, the foil can also reflect the heat from the elements right back onto the elements, and the foil can melt. Both result in damage to the stove. Drip pans are cheap to replace -- much cheaper than the cost of replacing an element or fixing melted wiring.

If you have a gas stove, you know that the flame color can vary a bit, and some variation is OK. Range flames are usually bluish with some white or a tiny bit of yellow or orange (flecks are OK, too). But if the flame is mostly yellow or shows a lot of orange, there could be something wrong with the burner. The problems can range from contamination from soot, which goes away quickly, to incomplete combustion of the gas. The pressure could be faulty, too. Lots of yellow can also indicate the potential presence of carbon monoxide, and that's an emergency.

Not Using Your Range Hood Fan

Turning a range hood fan on and off is such a simple action, you would think that everyone would do this. The fan, linked to a vent, helps remove cooking odors and helps control the deposit of grease particles that have become aerosolized. Yet many people don't turn on the fan to begin with, thinking it's not necessary and that leaving it off will save electricity, or at least reduce noise in the kitchen. But that's not really what happens. Instead, odors can fill the home, becoming stale after a while (opening a window works only so much as you may have to close it before the house is fully aired out). The aerosolized grease particles can end up on cabinet doors and floors, creating a sticky sheen that is difficult to clean off.

But what's really bad about this is the effect the cooking fumes and oil particles can have on your lungs. Airway linings become inflamed, and sometimes you can increase your cancer risk as well. While avoiding this risk involves mainly switching cooking styles, using the range fan also helps move fumes away from you.

If you feel you have to avoid using the range fan, are having burner troubles, or are having problems with cleanup around drip pans, go to websites that discuss appliance repair and give a repair service a call so they can check what's up with the stove. A clean, working stove is essential for a healthy kitchen. 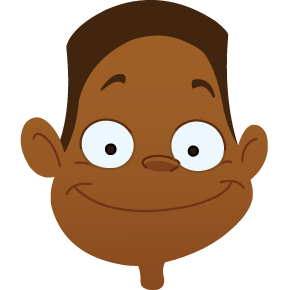 Do you have a washer in your dryer in your home that you rely on each day? Do you know how to make simple repairs to keep the machines running? Do you have an appliance service technician that you can call when more serious repairs need made? Having made several mistakes with my washers and dryers over the years, I have learned quite a bit. I have learned when I am in over my head when making repairs and have learned to call in the professional. On my site, you can find several of the troubleshooting techniques that I use to determine what could be causing the problems with your washer and dryer so you can determine if you need professional help or not.